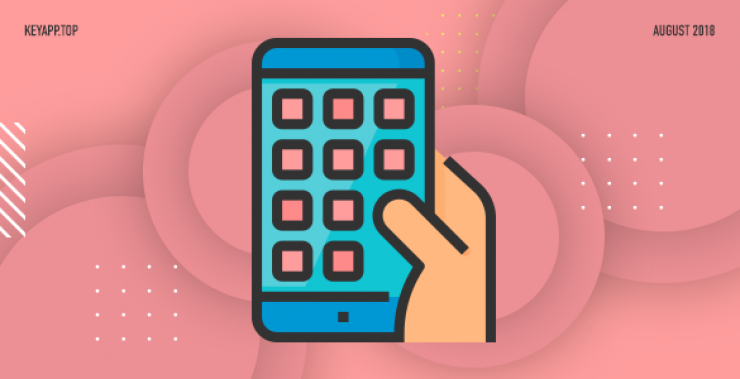 TOP 10 APPS FOR YOUR SMART-PHONE

1. Crypto Coins Watcher
The application provides an opportunity to observe both the popular bitcoin, which is regularly encouraged by the change of course, and for alternative crypto-currencies. In the application, you can select the real currency in which you want to display the rates. There is also a currency converter and a widget.

2. Icy Ropes
Arcade games that do not require special skills – a dime a dozen. However, often for simplicity lies the most real hardcore. It will take some time to understand the intricacies of control and get a little farther than the first tower: in Icy Ropes you will have to manage two characters connected by the same chain (more precisely, the rope).

3. Orbia
The game is the complete opposite of the previous one. At least, at the very beginning. This is a bright representative of the “time-boiling”, where the gamer needs a bit of spatial imagination and a good reaction. In the rest, the brain can relax and go into rest. You only need to move from one outlined area to another, tapping on the display to launch the “hero.” Manage the character is not necessary, he will choose the direction. The main thing is to press the screen in time.

4. Selfissimo!
An application that uses advanced algorithms to capture selfies. You can change the facial expression and position of the body, but once it is locked, the program automatically takes a picture. That is, now you do not have to drag your finger to the button and thus spoil the potential masterpiece or set a timer and wonder if it will work in time.

5. eBoox
Do you like to read? The application supports the most popular e-book formats. The application provides downloading content to the reader from any phone folder and SD card, “cloud” or browsers. Also there are built-in online catalogs of books, there is an opportunity to download free publications or to purchase “LitRes” placed in the library

6. South Park: Phone Destroyer
In this card game with familiar characters, plots and jokes, developers are proposing to become a “destroyer of mobile”. In Phone Destroyer there is a simple story component, and multiplayer. In addition, you need a permanent connection to the network. The project differs little from most card games, its main advantage is in the very franchise of South Park.

7. “Do not do this!”
A collection of ordinary puzzle questions in an unusual wrapper. What bribes in the project is the name: after reading it, I want to know – “not to do what?”. The introductory part is also of some interest. Well, then the process goes on rolled – with earning “candy” (points), boasting about the smartest of the highly intelligent and then in a similar style.

8. Tanks a lot!
The project managed to attract attention even before the release: the “tanks” were nominated for the best graphics award for DevGamm 2017 and for the best multiplayer at the Indie Awards 2017. At the disposal of the gamer there is a tank that can be assembled from dozens of details that affect the characteristics of the death machine – that well in one battle, will be useless in the other.

9. “Parallel translation of books”
“English is best studied by reading English literature,” say the developers and it’s hard to argue with this statement. Often when reading foreign literature, difficulties can be caused by individual words. Then they have to guess about their translation from the context. This is also not bad, but the exact meaning of the word remains a mystery.

10. Drippler
If you know English, then you can follow the world of Android with Drippler. This aggregator reviews, lifhaki and other useful articles about the applications, games and functions of the operating system from Google.