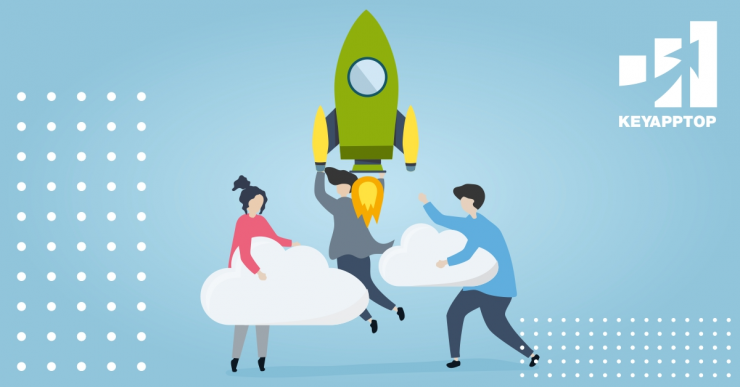 Promotion Start: Where Do You Begin?

After the last adjustments and the confidence that the application is working correctly, it is time to put the application on a large voyage. In other words, posting it in Store. By this stage, the developers should already have:

1. Passive promotion. This type of promotion is relevant if the promoted applications are designed for a narrow audience or do not suit everyone. For example, as applications for accessing a personal account of bank customers, an activity monitoring service or an electronic wallet. The goal of promotion here is to build long-term and reliable relationships with the target audience. Ideally, create a small community of fans. The tasks of promotion, in this case, will be to support the activity within the application (access to the account, activity tracking, etc.) and analytics of the product operation. As for the promotion channels, advertising for mobile media networks, contextual advertising on the mobile Internet and advertising on social networks are widely applicable to the passive strategy. Motivated installations and the PR channel of promotion are not used here at all. As a rule, the advertising campaign of this type of services lasts about a month. With a relatively low price for this promotion, the CPU (cost per user) is significantly higher than in other strategies.

2. Moderate advancement. This strategy is widely used by owners of specialized applications, such as air ticket search services, social networking applications, mobile games, etc. For such products, leading positions in thematic categories of stores are important. Otherwise, intense competition in the mobile application market will not allow products with low ranking positions to reach their target audience. Promotion should be aimed at analyzing and forming the core of the audience, calculating APRU (average revenue per user; calculated per month) and attracting organic traffic. In addition to the channels listed above, which are characteristic of passive promotion, motivated attitudes and, to some extent, PR promotion tools, such as publications on large communities and in thematic public information about the application and app reviews, are used in moderate strategy. Promotion lasts from 2 to 3 weeks while maintaining the average value of the CPU.

3. Aggressive promotion. The fastest withdrawal strategy in the TOP ranks in all categories is used by large development companies and publishers of mobile software and games. Sometimes applications with low ARPU and news media resort to this strategy. With the use of all possible channels of promotion, a wide audience of mobile Internet will learn about the product and will not leave it unattended. A distinctive feature and the main benefit of this type of promotion is a large amount of organic traffic and, as a result, low CPU. As for time, aggressive promotion of applications in rare cases last more than 2 weeks.

In addition to the goals of the company, the budget is crucial in determining the strategy of promotion. On average, CPI for mobile games in Russia today is:

For Android devices: $ 1-1.7 per installation;
For iPhone devices: $ 1-1.8 per installation;
For iPad devices: $ 2-4 for installation;
Thus, increasing the activity inside the application will cost up to $ 10,000, depending on the channels and the amount of traffic, a moderate strategy will cost from $ 10,000 to $ 20,000. The cost of quickly gaining a leading position starts at $ 20,000. This is the monthly cost of conducting an advertising campaign in the mobile Internet. These figures can be safely used to calculate the budget for marketing and the main indicators of the application.

Having decided on the strategy, you can proceed with the promotion. As it has already become clear, each promotion strategy consists of a specific set of installation receiving channels. The main task at this stage is to achieve maximum efficiency from each channel with a minimum budget and in a short time. Certainly not at the expense of promotion. The effectiveness of the installation channels, like the channels themselves, is constantly changing. And the task of any application publisher is to follow market changes. The second problem is the lack of a formed opinion among specialists. Moreover, the majority of companies in the mobile application promotion market hide information about their sources of installations. The leading mobile advertising agency, Unilead, recently made a list of the main sources of mobile traffic in Russia, taking the average advertising campaign on its Unilead Network as its source.

1. Advertising in applications. The most popular channel to get targeted action. It accounts for about 55% of the total number of advertising campaigns. There are a lot of ad formats in applications. But the most popular banners are 320 × 50, 600×600 (Full Screen), 728×90, 600×400. The most conversion format is FullScreen. As a rule, the larger the advertisement placement, the more likely it is to interest the user. Of course, given the good creative and correctly chosen moment of displaying advertising to the user. A significant advantage of this channel is high conversion. Separately, it should be noted video advertising in mobile applications. The demand for it, as well as web advertising, is growing very fast, which indicates a good quality of the channel.

2. Social networks. On average, the social media channel brings from 15 to 20% of the total number of targeted actions (mobile advertising in applications Facebook, Odnoklassniki, etc., we refer to the first item). The rather high efficiency of this channel is connected with the presence of a huge audience, the social sharing (from English share), i.e. channel virality, as well as a large number of subject groups. Therefore, channels for getting leads are advertising in thematic communities and advertising posts in the friends feed. This channel is the cheapest in terms of purchasing traffic, but the least predictable in terms of volume and quality. However, large gaming and other thematic communities provide consistently good results, which is good news for advertisers.

3. Reviews and articles. This channel helps to achieve maximum audience loyalty to the application. It accounts for up to 5% of all targeted actions. This channel is especially relevant for the promotion of games. At the same time, the advantage and disadvantage of this channel is a difficultly predictable result. The decision to install or purchase within the application depends on the reaction of the audience to the text. Therefore, a well-written text will be an excellent incentive to perform a targeted action, provided the application is well-made. Otherwise, you will have to deal with the negative, which can affect not only the specific product, but also the image of the owner as a whole. One review on a target resource can bring up to 6,000 installations.

4. Mobile sites. This channel means display ads on mobile sites. According to Unilead, this source of traffic is no more than 15% of the total amount of mobile traffic being wrapped, but its share grows with the number of mobile sites. As in the case of advertising in applications, traffic is purchased by media formats over time (a certain amount of impressions is redeemed) or statics (a certain time is posted on a mobile site). The price per click varies from 0.50 to 15 rubles. Which is quite profitable, given the fairly good quality of traffic. . Modern technologies and browsers allow you to place online advertising on mobile sites, which, along with the low cost of a click, makes this channel very attractive for advertisers.

5. Innovative and increasingly popular formats. They account for about 5% of all mobile traffic. Such channels include App Discovery traffic (this is traffic obtained from special applications that form software selections for the user and enable temporary use of paid games and programs), branded websites and applications, reviews on YouTube channels, etc.

In this list, we did not specifically include channels of motivational advertising, for example, equity games and cashbacks, but let’s talk about them separately. By itself, motivated traffic has an extremely low quality of the audience. 95% of which will remove your application immediately after downloading it, but it has some advantages. This is a low price and a huge number of installations, which undoubtedly affects the rating of the application in the stack. That is why with an aggressive strategy a rather large% of the budget is allocated for this channel. Having reached the TOP, the application developer receives organic traffic,

So, the exit in the TOP takes a maximum of 7 days. It is advisable to get to the top earlier. The optimal time is 5 days. Of which the last 24 hours are key. After the release of the TOP-25 organic support will provide significant support for the promotion. Before that, you have to spend money on promotion. The peak of downloads from the TOP-10 falls on Saturday and Sunday. So, to get to the top by the weekend, you need to start 5 days before. To reach the TOP of the App Store will need about 15,000 installations per day. For access to Google Play – about 25,000.

Distribution of the use of promotion channels by day:

10-15 reviews will give about 6,000 installations, given the intersection of the audience;
Unmotivated installations, depending on the targeting, will bring about 2500-5500 installations per day;
Advertising in social networks will bring about 300 more instals per day depending on the settings of the Republic of Kazakhstan;
Motivated instals are used to hold the level of 3500-4000 installations. As a rule, they need from 200 to 15,000 per day.
The strategy of mobile application promotion described above is an effective way of getting into the top of the site. However, without knowledge of the mechanics of using promotion channels and experience working with them, the entire budget available for promotion can be wasted. And the main reason for this is the colossal market volatility. The situation in the market of mobile applications is changing at an incredible speed. And current volumes, tools, channels and strategies may be ineffective in the very near future. The exit for publishers should be constant monitoring of the market and testing of new opportunities. Of course, this will require some time and money spent on test placement. On the other hand, you can turn to the services of the agency and save significantly in time and, as a rule, in money. In this case, all the risks associated with the promotion of the application, assume the experts. One way or another, the choice is up to the publisher.

There is such a thing as synergy — the amplifying effect of the interaction of two or more factors. This also works in mobile app marketing. You often ask our Support Team what else a developer or ASO manager can do to make the app promotion more...

Most probably that you have already asked yourself what can make your app keyword promotion even more successful so the application gets top positions even for high-frequency keywords without thousands of spendings. In our blog we have a lot of...

Creating games is only half of the iceberg that is visible to the developer. Games are a highly competitive niche, new apps are popping up all the time, and it becomes harder to draw user’s attention to choose your product, especially if the...