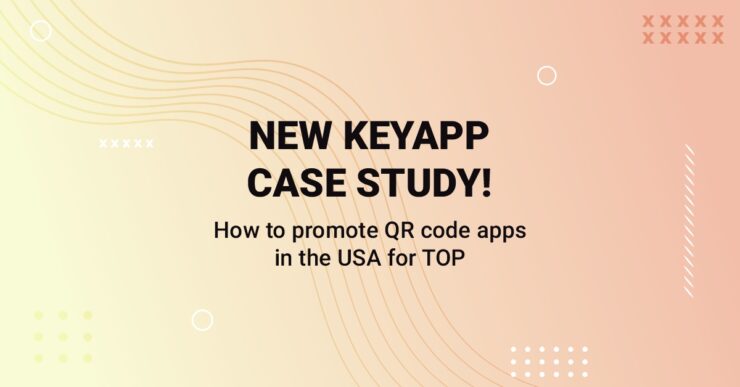 We help to promote many Qr Сode apps and the main groups of keywords are not only high-frequency competitive keywords like “qr code” or “qr”. It is possible to gain more organictraffic from the promotion of less popular but more precise keywords: “qr code scanner” with 1000 daily traffic, “code scanner” with 700, and “code reader” with 500. It is needed to mention that according to the statistics provided by Storemaven app store search traffic drives around 70% of installs in the App Store and Google Play, so it is definitely worth promoting your app using keyword installs. While the app gets higher positions in the search, you may start seeing more organic installs as the app becomes more visible and noticeable when users look for the search request on the store.

It is worth mentioning that the promotion of each application can differ significantly, so the results could be different as well. As our promotion influences only app positions for keywords, there are some other factors that depend on your work with the app:

In this case study, we would like you to pay attention to the apps, keywords, and regions that were promoted as well as the results which we managed to achieve. In our experience (you can see it in the provided examples), it is effective to promote QR reader apps not only in the most popular regions, like the USA but in other ones as well. So here we want to give you some examples of apps, keywords they are ranking for and groups of keywords they were promoted in search by specific regions. We recommend you pay attention to the number of installs and days in the campaign and how many positions this app increased in search for.

The following example shows a campaign for 5 days with 300 installs in general for the Android application. As you can see, the “qrcode” keyword has reached rank 2 after the promotion. (+6) shows how many ranks have been raised. To boost the app to the top rank for the keyword we have used the strategy which is usually recommended for Google Play promotion campaigns: the length of the campaign was set 5 days (for Google Play it is better to spread the installs for 5-7 days at least as Google algorithm reacts on such type of campaign better and needs more time to be shown that app gets installs for particular search request) and the number of installs was increased every day. The second screenshot shows the order details, how many installs were set daily, how many installs were delivered, and total information about the number of installs used for the keyword.

Next, you can see a growth statistic of the “qrcode” keyword in the USA. Ups and downs of the rank are normal during the first few days of promotion because the algorithm often takes 3-5 days to update changes after the order was completed. As our promotion is a step-by-step promotion, even two weeks are normal for that kind of growth.

Let’s check one more example for Google Play. In the following case, we promoted the application for the keyword “qr scanner free”. The application was promoted as well for 5 days which is the most commonly used strategy for Android, but the region we had a campaign in is already Great Britain. The next screenshots show the campaign settings.

If you check the keyword growth graphic, you may see that we have started the promotion from the 57th position, and as a result, we managed to achieve top 7. The total number of used installs for the campaign was 100.

Do you want the same result for your app? Just ask our support team how to receive the most benefits from keyapp.top!

Now let’s check some examples for iOS. It is needed to mention that usually for iOS apps keyword promotion more installs are needed and also there is no need to spread the campaign for 5-7 days, it will be completely enough to promote for 1-3 days, as the Apple algorithm works a completely different way and processes all the installs received for keyword faster.

The first example is for the USA. As you may see from the campaign settings, the order was set for 3 days with 240 installs in total per keyword. Using such a strategy we managed to achieve the top 10 for 2 of promoted keywords and the top 20 for another one.

If we check the growth graphic for “qr code reader” keyword, we may see that the starting position was the 75th and after the campaign, we managed to achieve the top 5. Please, pay attention that the result for iOS campaigns may be observed already the next day after the installs were added, as the Apple algorithm doesn’t require a lot of time to proceed with all the changes in the app list for the search request.

The next example of such app category promotion is for Australia. We set a 1-day campaign with 100 installs and managed to achieve +89 positions within several days. In the following screenshots, you may see the campaign settings.

Let’s check the growth graphic for this keyword. As you can see, we started with the rank 94, and after the keyword installs campaign the position achieved is the 5th.

As you may see from the examples, we managed to achieve the top 5 for different keywords and countries in all the cases of promotion of QR code apps. We recommend paying attention to the store you work with, as strategies differ, and choosing the right amount of installs depending on the keyword score and the current position of the app for the chosen keyword. If you want to know more about how promote your app by keywords, learn our guide.

Our support team is always ready to help you with all the campaign settings, as we know the current trends in keyword promotion and the most efficient strategies that will help your app to achieve top positions in search! 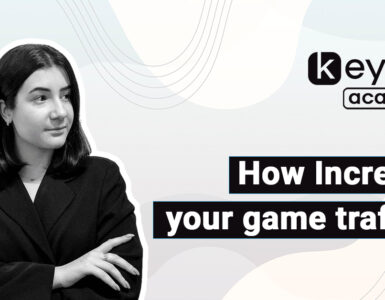 Life study case with the app promotion. You will learn the marketing strategy and order details for real app, will see the results of promotion with keywords examples and daily volumes. Watch now.

Share article or save the link to read it later. 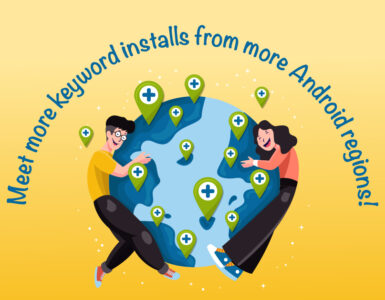 We are pleased to inform you that we are expanding our horizons and adding new GEOS for Android to Keyapp.top! MORE THAN 200 GEOs are accessible for promotion now! List of some regions are Portugal, Peru, Kazakhstan, Nigeria, Ukraine, Finland and... 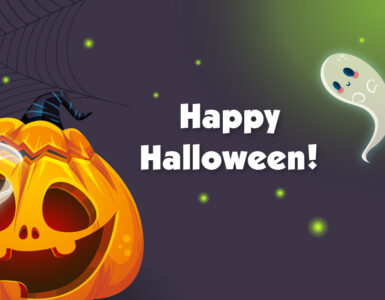 Scary Savings Alert – Get 50% off your Halloween Flash Sale! Get app installs in Great Britain, Ireland and Canada during 4 days from 24th till 27th October. Here are a few reasons you like these regions: they have a lot of users who are waiting for...