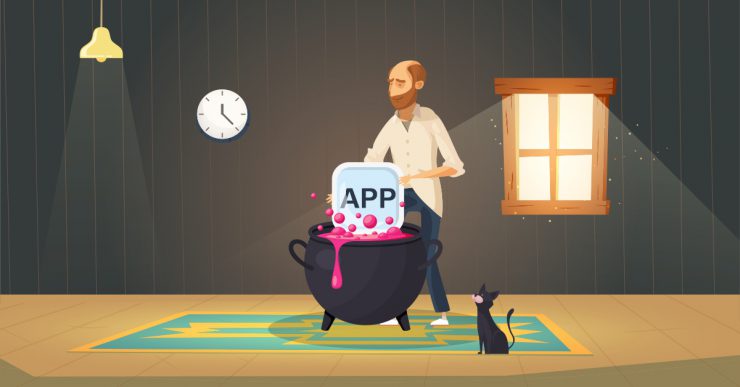 When keyword installs harm your application?

There is a common myth that App Store or Google Play may ban your application for motivated installs by keywords. We are not sure about other services, but our clients’ products are not banned for using our service. However, there is a real problem you can face with motivated traffic and lose your positions. Learn about the key issues and how to get out of these problems at little cost.

You can lose your keyword rank if you do promotion wrong

App promotion by keywords is about the planning of the right amounts of incentive downloads you should get daily or even hourly. The main risk is when you use more installs than it is needed. As a result, you will lose positions by the exact keywords, though your application will not be banned.

These are common mistakes one does while promoting applications:

Google Play and App Store algorithms expect that applications with 150th positions in search can not get hundreds of installs daily. It is suspicious and that is where you can lose your keyword positions or even get out. Compare charts A and B.

Some ASO managers and developers still get lucky and do not get out for the keyword, they promote with 50-100-150-200 installs strategy. Probably because the algorithm can not check every keyword position at the store and does not pay attention to the applications that are far from 20th positions. So, they continue promotion campaigns with the same amounts of installs. We illustrate it in chart D. However, they should promote cautiously, increasing the number of daily installs 1.5 times. Check the chart C and take a close look at the columns. They represent the volume of downloads per this keyword.

Google Play and App Store algorithms are very cautious when deciding what application should be top 1 at the search. Sometimes, they constantly shuffle 3 top applications up and down the ranks. It is especially noticeable in the App Store. As its algorithm recalculates positions hourly, you can be top 1 in the morning and move down to the 3d position at night the same day.

So, some managers decide to fix the app at the 1st position with a huge number of installs. Look at chart E to see how it should be and at chart F for how it mostly ends up. It is better to order the numbers just enough for the 2nd or 3d position, and sometimes, you will get the top 1 organically, with no risk.

Sometimes you buy 50 installs, sometimes it is 100… And it is an absolute risk for your app ranks. Plan your promotion step by step and use a gradual increase in installs. Compare charts G and H to get the idea.

My ranks are falling, so what should I do?

First, do stop the promotion you have already begun. If you do not do that, you will still lose positions and finally get out of the index. In most cases it looks like this:

We had noticed the issue before the client ordered a new campaign and asked to stop promotion for 4 days. After that, we began with 5 days promotion by 10 installs per each to minimize the potential risks and get into 50-20 positions. The client’s mistake was that she increased the number of installs way too quickly: on the first day of promotion it was 30 installs and on the 5th she increased this amount up to 250 installs per day.

I was falling, but now I am OUT, what is the strategy?

You do have to maximize your chances. Collect all the related keywords and create a cautious campaign for them. Related keywords will be the phrases containing the one you are now out for. Try to push these words up the ranks to the top 5-3 positions. It will increase the probability of the lost keyword to get back into the index.

A better way is to bypass the problem. Go into ASO and do research. Find more keywords that will give conversion, installs, and in-app transactions. Rewrite the description and optimize the keyword field (if you work with iOS). Altogether, it will give you new keywords for promotion and more sources of organic traffic. It may replace the loss of the position and bring the keyword into index later.