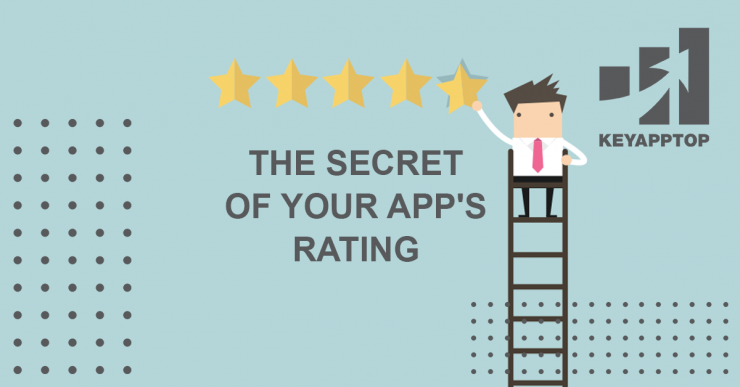 Secrets of Your Android App’s Rating

More installations – higher rating. Higher rating – more installations. Data in Google Play is collected and evaluated for the month. Applications with good dynamics of installations increase in rating. Thus, it is necessary to maintain acceleration for a month, and it will be easier to keep it next month.

The best results are for applications that were published less than a month and more than two years ago. Applications that were updated less than a month ago, go to a higher position. From this you can make a correct conclusion that you need to update at least once a month, especially since no one will keep you waiting for two weeks and finding fault with each screen.

The keywords used in the name of the application have the greatest impact. You need to create a unique name, make it a brand and promote it. If you have a lot of competitors, you can add two or three relevant keywords to the second part of the application name, separating it with a dash or a hyphen. It is advisable to make a meaningful phrase out of these words so that your ASO efforts are not too striking to ordinary users.

The Google Play application description page is optimized according to the same ASO laws that apply to regular search. Such promotion is suitable for a directory application or magazine, but it will be difficult to implement for a game with three screens and a leaderboard, which is why you should pay attention to the visual of your application.

This factor is positive anyway, especially if this video is good. On the other hand, if you have the opportunity to record a decent video, then, most likely, you have a good enough application, and you have already taken into account other issuing factors.

This is an indirect factor, which in itself is not related to ranking, but rather strongly affects the number of organic installs. Despite the large number of tools for previewing and A / B testing, this part of optimization still remains an art rather than a science.

Optimization of the description of applications is a cunning and long process in which success ultimately depends on the application itself. The main thing in this business is adequate perception of your product, and also the readiness to cooperate and listen to others, be it the opinion of a despicable marketer, the assessment of the majority of users or, finally, Google analytics. It is for her to have the last word in all matters related to the optimization of the description on Google Play.