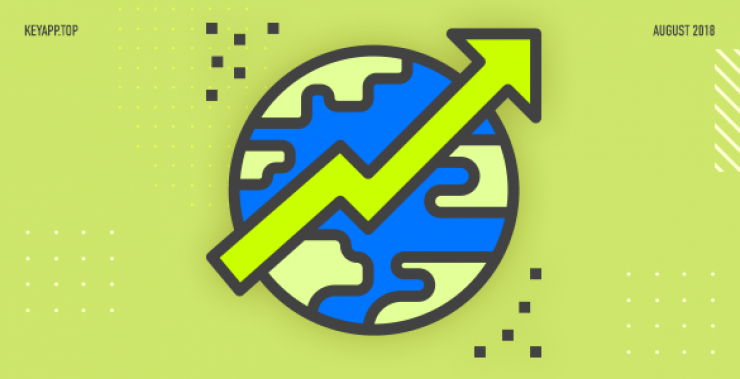 The mobile industry market is growing, and mobile apps play a huge role in almost all areas. In 2018 the sphere of promotion of mobile apps has changed a lot. ASO has acquired a new meaning, and for successful promotion in the TOP advertising and motivated traffic should attract only real users without bots, emulators and other cheating.

WHAT WAY WORKED EARLIER?
The beginning of 2018 was for the promotion of applications saturated and not always simple. With the emergence of unscrupulous companies with dubious solutions for promotion, the App Store and Google Play began actively fighting with cheats, bots, emulators, changing application ranking algorithms, introducing filters of questionable activity scenarios in the markets.

To successfully promote apps, several methods have been actively used to attract organic and inorganic traffic.

ORGANIC INSTALLS? LET’S SPEAK ABOUT ASO!
As before, the promotion of keywords and popular search queries is effective. Previously, before the launch of advertising campaigns, many customers were working on ASO application optimization and improving their visual attractiveness in the markets. Now it is necessary to pay special attention to this.

NOT ORGANIC INSTALLS? LET’S TALK ABOUT ATTRACTING TRAFFIC AND UNMOTIVATED INSTALLS
With the change in ranking algorithms, the promotion of unmotivated traffic is becoming increasingly important. A good result, as it is not strange, shows the attraction of traffic through bloggers. It is necessary to understand that this is a constant and systemic process of communication and establishing links with bloggers, auditing both old and new channels that are gaining popularity.

INCENTIVE INSTALLS? MOTIVATED TRAFFIC!
Motivated traffic for apps has been and remains an effective promotion tool, which directly affects the growth of app’s positions in the search for Google Play and the App Store. If the app is quality and attractive, the performers become active users. Therefore, we have added the option of targeting our users by gender, age, and geolocation. Thanks to this approach, it is possible to obtain high rates of conversion of motivated users into organic users.

WHAT CHANGES IN METHODS OF PROMOTION WILL BE EXPECTED?
The methods of promotion will not change significantly, the emphasis next year will be placed on improving the methods of monetization.

HERE ARE THE TRENDS FOR THIS MOMENT:
– Complex approach (The maximum effect is achieved when using several promotion tools, especially in the face of an ever-changing market, promotion methods should not be limited to a budget or a task);
– Connecting new channels for attracting targeted traffic (Promote the app to visible positions in the market and the flow of users from the social network, we help the application to keep its positions; Retaining positions can be achieved by motivated users, this option will be easier and cheaper);
– ASO (it is necessary to make the game as attractive as possible and remember that modern users are picky, thanks to the extensive selection of apps in the markets);

When to start? Today! Pay attention to optimizing and building an integrated strategy for promoting your app in order to keep up with the latest trends in 2018.