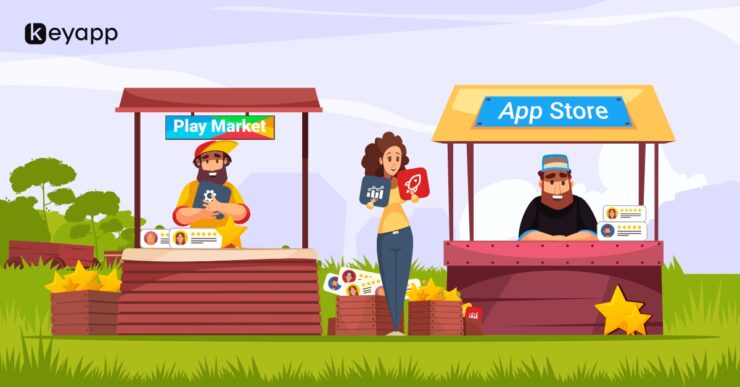 As far as you know ASO is one of the most parts in mobile marketing and the thing which should be definetely done before you start working with keywords promotion and app reputation manager. In this article we gathered the main difference between two stores algorithms and indexation processes which can can guide you in your ASO creation both for Android and iOS app.

You have finally finished the work on your app and now are interested how you can promote it to get active users and income, and which marketing tools may be used for this. Of course, there is the variety of tools and ads which can be applied to attract the users, but it is needed to remember that during last years the mobile apps industry has grown in several times and now it is not enough just to use Google or Facebook ads to market the app. The first and the most important step to do before adding your app to the market is App Store Optimization. But how to find out how to optimize the app for Google Play and for AppStore and if different approaches should be applied? You will definitely find the answer in this article!

What are the differences between Google Play and AppStore indexation processes?

First of all it is important to remember that Google Play and AppStore are completely different stores which pay attention to different metadata fields while indexing the app and giving the positions for the keywords. Let’s discuss which fields are indexed on both stores and the differences between them.

Both for Google Play and AppStore title is the most important metadata field which you should fill to get in the index for the keywords.

According to the last Google Play update, the length of title should not exceed 30 symbols as well as AppStore app title. This field should be filled in all the cases and on both stores it should consist the most important keywords you would like to be ranked for as stores check this field first of all. Think what are the most valued keywords for your app and add them here.

The second field indexed on AppStore is subtitle. Pay attention that there is no subtitle on Google Play, this field is available only for AppStore. Anyway, for iOS app this is the second important field where AppStore algorithm checks the available keywords to give the positions for. This field may be 30 symbols maximum.

Keywords field is the third metadata field which AppStore checks to give the ranks for keywords. Pay attention that it is available only for iOS applications. This field consists of 100 symbols and can be filled in AppStore Connect. It is created exactly for app developer to add there the keywords separated by commas which have the connection with the app.

This field is available for both stores, but there is the principle difference. For Google Play it is important field which is checked by algorithm for the keywords and uses to give the positions for them, while for AppStore this field doesn’t influence the indexation process and may be used only to describe your apps. For Google Play you should pay a lot of attention while creating this field and add there all the possible important keyword. Both stores give 4000 symbols for this field.

One more important thing to remember is that Google Play checks the reviews texts under your app and sees if there are keywords so gives the indexation for them. While AppStore doesn’t pay any attention to reviews while giving the ranks for keywords.

One more field indexed on AppStore is in-app purchases. They are reflected in the list of apps on the store. Each in-app purchase can have a 30-character title and a 45-character description. The best way to optimize it for search is to use relevant keywords in the title. At the same time, it should accurately convey the essence of the purchase.

So now let’s summarize all the details we talked about above with the help of table where you can see which texts are indexed on both stores.

What are the differences in stores algorithms work?

The second issue we would like to discuss in this article is difference between the work of stores algorithms in connection with keywords promotion. As you  may know Google Play and AppStore react on keyword promotion in different ways. That is observed in most cases we have.

It is believed that Google Play algorithm needs more time to increase the position for keywords, so promoting Android app:

On this graphic you may see that the Android campaign usually lasts for longer period of time and the every day increase in the amount is used. The result of the promotion is observed after several days the installs were delivered.

On the other hand, the AppStore algorithm work is completely different. For iOS apps in most cases:

On this graphic you may see that we added the installs on the 1st day and received the result the next day after the installs were delivered.

We have discussed the main issues of indexation and algorithms peculiarities. So now it will be much nore easier for any apps developer to understand how to optimize an app and what to expect while promoting an app for keywords. We know that algorithms are updated all the time and sometimes it is so difficult to follow them, but do not worry, we are here and check the situation on the stores all the time so to be informed and inform you as our client. Do not hesitate to contact our managers to get the latest updates of promotion strategies! 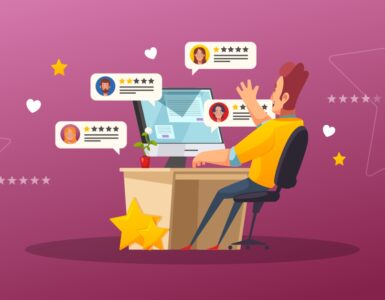 We give advice for those who want to get more positive app reviews in App Store and Play Store. Find out right now what to do with negative reviews for your app. Choose your next app marketing strategy wisely with tips and guides from keyapp.top...

Keyapp.top focuses on app promotion by the keywords. This article is a collection of the basic information you need to find, group, and plan keyword promotion with minimum risks that you mistake. App keywords have slight specifics that SEO keywords...

How will I increase app installs with your service?

Do you have a discount or Bonus program?

How can you buy app installs?

How does Keyapp check the keywords ranks for Android apps from now?