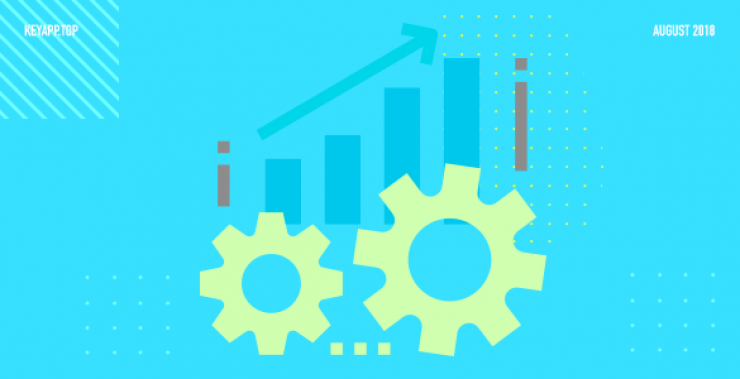 8 WAYS TO PROMOTE YOUR APP

As of January 2018, there were over 2.2 million apps in the App Store and over 2.5 million in Google Play Store. Those numbers are pretty staggering, and only increasing by the day. So if you’re sitting around hoping app users will magically migrate to your app, think again. Competition is fierce. That’s why we highly recommend having an app user acquisition strategy in place prior to launch and to treat it as you would any traditional product launch. If you haven’t done that, have no fear. We’ve been in the mobile app marketing game long enough to know what works in terms of app promotion.

WEBSITE
You need an online presence for your app. Why? Legitimacy. People want to know your app is the real deal, and that you’re truly invested in it as a business. For enterprise brands, your app needs to be prominently featured across your site. It shouldn’t be an afterthought or a small logo on the footer. Instead, it should have a presence throughout, wherever it makes sense to.

SOCIAL MEDIA
Social media is pretty much a must for app promotion. There are two ways to connect with your audience via social- paid and organic. Below is a quick breakdown of both:
– ORGANIC – Organic promotion on social media comes in the simple form of having a presence; Create accounts and start following people within your target audience and industry. Don’t spam people by being overly promotional. Instead, try to connect with your audience in a meaningful way by posting about the things they care about and joining in on the conversation.
– PAID – According to a 2018 report by Kenshoo, mobile app ad click-through rates (CTRs) went up 32% YoY, while the inverse happened to CPC (cost per click), which decreased by 33%. Putting a bit of money behind your app promotion will boost your discover-ability and get more people flocking to your app.

PUBLIC RELATIONS
They say there’s no such thing as bad press unless of course, your press is non-existent. Media and influencer mentions go a long way in terms of creating buzz and credibility. There are many ways to go about doing this, but below are just a few to consider:
– Press release;
– Host a launch party and invite the local media and tech industry;
– Interviews with local newspapers and tech bloggers;
– Guest blogging;

APP STORE OPTIMIZATION
App Store optimization, or ASO, is the SEO of the mobile app world. It’s imperative for discoverability in an oversaturated market. So how do you accomplish solid ASO? Pay attention to the following:
– App name – Is it unique?
– Keywords -Include relevant keywords but be careful not to ‘keyword stuff’
– Description – Does your description clearly articulate your app’s value and is it frequently updated with app update descriptions and release notes?
– Screenshots/Video – Do you have 2-3 feature screenshots or a video tutorial outlining core app highlights?
– Ratings – Do you have positive app ratings?

SEARCH ADS
This one is pretty straightforward. Basically, you’re able to bid for relevant keywords so that when a user is searching for apps using a particular term, your app appears first. While search ads are fairly new, early findings from AdWeek prove their incredibly effective, with 50% of consumers click on the ads they see.

INFLUENCER
Do you have any connections in the tech world or within your respected industry that you can reach out to? ArIshere any location or industry-specific influencers you can connect with? Having them promote your app via their social channels and blog is a surefire way to attract users to your app. A bit of advice – make sure the influencer aligns with your app’s target audience, or risk paying for a bunch of new app users who will undoubtedly churn.

TRADITIONAL IN-STORE PROMOTION
If you are a retail brand with a physical location, it’s really important to promote your app throughout your store. Consider running a promotion to get users to download it.

WORLD OF MOUTH
Last but certainly not least? Make sure your app doesn’t suck. Seriously. Word of mouth is still worth its weight in gold. So if you build an app, it better be good. Competition is fierce, and app users have become spoiled by these world-class apps. That’s why before you invest in obtaining app users, you should invest in a mobile marketing platform that gives you the insights necessary to engage and retain your users or you’ll risk a high rate of user churn.

FINAL THOUGHTS
As you can see, the sky is the limit in terms of app promotion. Treat it like any traditional product launch and spend time putting together a solid app user acquisition strategy. Remember that the quality of app users you attract to your app is more important than the quantity. Make sure that you understand your target audience, and craft your advertisements accordingly.

f you have any questions about our service and promotion of applications on Google Play, do not hesitate to contact us at [email protected] or Skype – live: karen.rendall_1!

There is such a thing as synergy — the amplifying effect of the interaction of two or more factors. This also works in mobile app marketing. You often ask our Support Team what else a developer or ASO manager can do to make the app promotion more...

Most probably that you have already asked yourself what can make your app keyword promotion even more successful so the application gets top positions even for high-frequency keywords without thousands of spendings. In our blog we have a lot of...

Creating games is only half of the iceberg that is visible to the developer. Games are a highly competitive niche, new apps are popping up all the time, and it becomes harder to draw user’s attention to choose your product, especially if the...