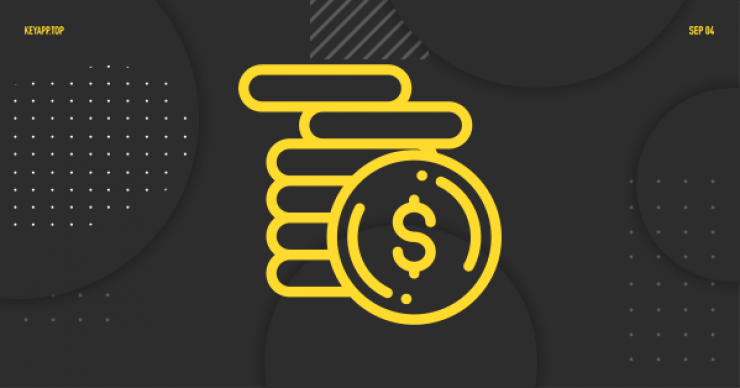 If you want to earn revenue with your app, you have to make sure that your app monetization strategy is flawless. You have to avoid certain mistakes to make it so and to be able to turn your app into a successful business.  Here are the most common errors that you should avoid,

Mistake # 1. You didn’t test the market niche before launching your app

As an app developer, you have to start a project that serves a specific market segment. If you don’t define and test the niche for your application, you don’t know what kind of audience will be interested in downloading your app, and whether there is sufficient demand for the type of solution you offer. What if the market is overflowed with the similar apps. Or on the contrary, the offer of analogous apps is non-existent, because there is little interest in this specific app category.

Let’s look at this particular example. Let’s say you’ve developed a simulator of the Japanese board game Renju and you want to launch it in the USA. The game is very popular in Asia and has a substantial following in the former Soviet Union, but in America, it’s not as well-known. It means the potential user base is limited and the apps will be competing for the same users. To add to that, the app will have a small organic reach and paid promotion should be done with careful consideration of the user segment.

Tip: Analyze your potential audience and understand who will use your app. Test user engagement during soft launch and make a prognosis about the number of potential paying users. Additionally, calculate the possible income they can generate.

Let’s take further the example of the Renju game. You wanted to start earning revenue as soon as possible. So you’ve set up payments for a number of actions. If a player wants to speed up the progress, skip a level or get another go at the game, they have to pay 3 USD. The price seems fair to you. You think that customers in the market like the USA will be able to spend that much.

However, putting random pricing or the price that you imagine to be fair is not a great strategy. The average sum that iOS user spends on apps is 88 USD per year, which includes buying apps and making in-app purchases. A simple calculation shows that an average user is ready to part with 5 USD per month on mobile apps. At this point, paying 3 USD for one action in one app doesn’t seem so reasonable anymore.

The wrong pricing comes also from the lack of understanding of the audience. You might believe that the game is not difficult, so users won’t feel pushed to make purchases to progress. However, this might not be the case for inexperienced users and first-time players, who will abandon the app if they can’t progress, or if the progress costs too much.

Tip: Balance in-app purchases with advertising. Placing ads into the natural break points of the app won’t damage UX and will help you monetize traffic. And letting users progress without paying too much will encourage them to spend more time in the app.

Mistake # 3. You don’t know how users in different countries behave

If you’re promoting an app on several markets, you have to track its usage in all of the app stores. Learn how users interact with the app in different countries and regions and adapt your monetization strategy. Find out how easily the users complete actions and proceed to the next levels.

Let’s say your Ranju app works great on the US market — you’ve found your niche, attracted interested users and successfully implemented the monetization strategy. But in Japan, the majority of players consider the app too easy. They progress too fast and don’t spend enough time in the app to view ads or buy boosters. To be successful, the app needs to be adapted for the local market, with more difficult levels or diversified gameplay.

Tip: Get your app tested in core markets before the launch, to make all the necessary changes before the app hits the stores.

Mistake # 4. You haven’t adapted monetization strategy for the localized version

A widespread mistake is to think that once the localized version of your app is up and running, your monetization efforts are done. It’s absolutely necessary to have the app tested, and not only for bugs. Your monetization strategy needs testing too.

For example, skipping the level in Renju game is worth 1 USD in the USA. When app developer creates a local version for South-East Asia and automatically puts the same prices on in-app actions there, his strategy might collapse. The ARPU in this region fluctuates around 14 USD per year, which makes 1 USD more that one user would be ready to spend. Additionally, there are some regions where in-app purchases do not make a viable monetization model. For example, in Latin America, the lack of financial infrastructure makes it hard for users to buy in-app. But it doesn’t mean that the traffic from Latin America can’t be monetized through advertising.

Tip: Certain monetization models are better suited for certain regions. So, what you need to do is adapting monetization for different app versions.

Mistake # 5. You don’t have a monetization strategy at all

This is the biggest mistakes. All your efforts in developing an app can be useless. Finally, the biggest mistake app developers can make is to have no monetization strategy whatsoever. It often is the case with indie developers, who start an application for fun. To earn revenue from the app, developers need to have a plan of monetization as early as possible. Ideally, it should be in place even before the work on the app is started.

Tip: Ideally, monetization should work as a natural continuation of the app flow so you have to integrate monetization into the app context as seamlessly as possible.

Developing a successful monetization strategy is difficult but very important. App developers have to recognize the necessity of investing more time and resources into monetization, to achieve great results. Make a list of important issues in monetization and make sure you don’t do the mistakes we’ve listed above.